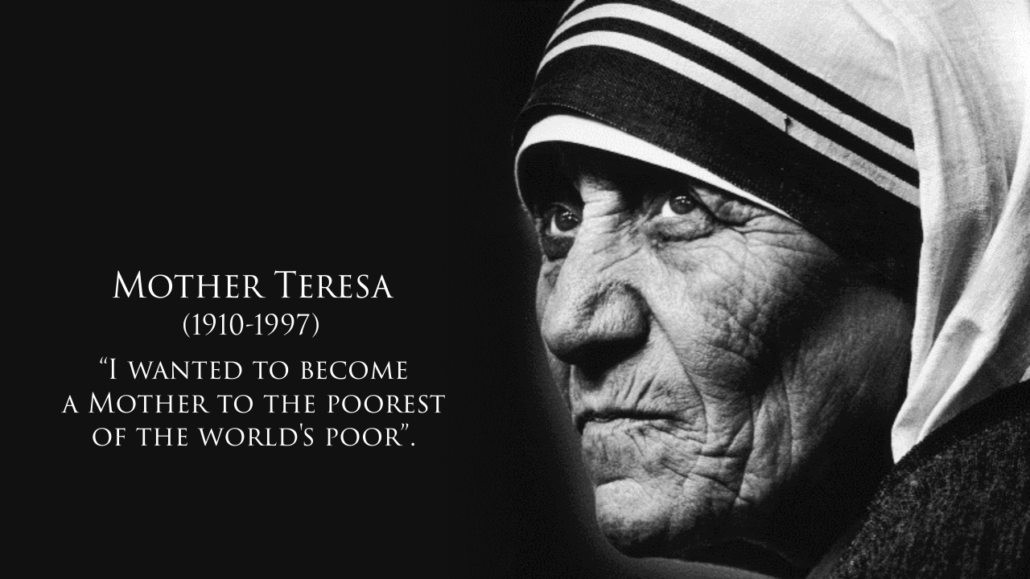 It was in September of 1946 that Mother Teresa received the great inspiration of her life in a railway carriage bound for Darjeeling while contemplating the poverty all around her—to become a mother to the poorest of the world’s poor.

Mother Teresa’s mission was to become a mother to the poorest of the world’s poor, to share their interior desolation, to demonstrate to the entire world the infinite love of God for each and every person. “A beautiful death,” she said, “is for people who lived like animals to die like angels—loved and wanted.”

Many of the people around her tried to pressure her into using decision-making criteria proper to philanthropic organizations, although the organization she founded in 1950 was not a philanthropy, but a religious order. Teresa resisted this pressure. She never wavered. Had she followed their advice, her organization would have become a successful healthcare provider, perhaps, but would have died out as a religious congregation. Because Teresa never forgot her mission, her Congregation became in a few decades one of the leading religious orders in the Catholic Church. At the time of her death, Mother Teresa’s Missionaries of Charity had over 4,000 sisters operating 610 missions in 123 countries.

Mother Teresa of Calcutta, one of the greatest religious leaders of the twentieth century, stood courageously against the trend of the times. In her Nobel Prize lecture in 1979, she linked her defense of the unborn to the cause of peace: “I feel the greatest destroyer of peace today is abortion, because it is a direct war, a direct killing—a direct murder by the mother herself. Because if a mother can kill her own child, what prevents me from killing you and you from killing me?”

Mother Teresa is an example of magnanimity (she had a dream and a mission), of humility (she was a great servant of humanity), and courage (she never wavered).