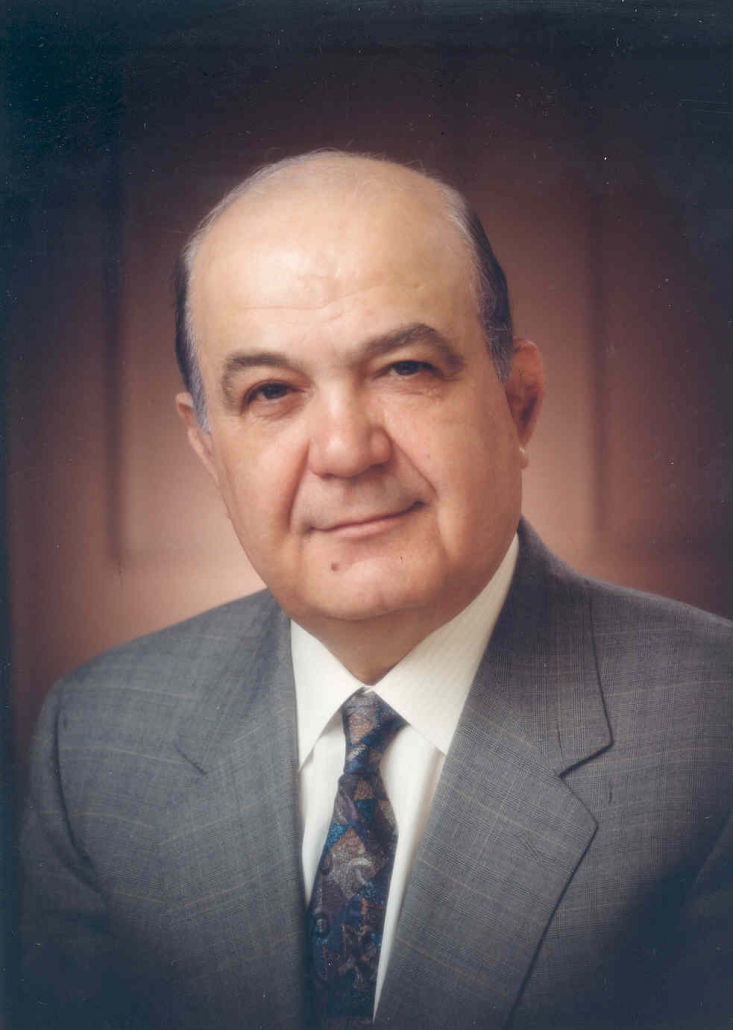 « We are all servants for the well-being of Lebanon »

The Lebanese Georges Frem is world famous for having created in 1956 the plastic and paper packaging production group INDEVCO. He was born in 1934 to a family that suffered severe financial setbacks. He was the second of eight siblings. He pursued his education while working and was able to graduate from university.

Georges Frem developed a love for the poor in his heart very early on, which gave direction to his entire life.

Society depends on us and on our actions; Georges Frem believed in this and took action accordingly. He put his qualities and skills at the service of his country. His love for the well-being of people became clear during the civil war in Lebanon; he used the profits of his businesses based outside Lebanon to make up for the losses his Lebanon-based companies were making. Thanks to his strategy, employees were not dismissed. He developed genuine social protection for all.

Rather than letting himself get absorbed in succeeding in his career and shining, he put his heart and soul into serving his country and helping the struggling Lebanese people, without distinction, because he loved his country so deep.

As he founded a plastic and paper packaging company, he started off by taking care of his own employees, seeing the best in them and helping them develop their talents. He encouraged them to be honest. He sought their own good rather than his own or that of his company.

This is in part the reason behind his company’s worldwide success. He says: “Money is the by-product, not the main goal.” The money he made was for him a source of great wealth: that of helping others. He did not hesitate to share it and invest in good causes. He was achieving his true goal: helping others and serving his country.

Georges Frem paved the way for his succession and did not make himself irreplaceable. He was very eager to share knowledge and responsibilities with his team by encouraging them to be creative and build a confident and innovative framework. During his last years of illness, he delegated his tasks to his son Mr. Neemat Frem, who continues to grow INDEVCO to this day. His practice of inclusion (listening to others), collegiality (participatory approach in decision-making), and succession (delegation of functions) have transformed INDEVCO into a global group.

His honesty and human qualities were behind his success, not to mention his remarkable intellectual skills in the industry, which he put at the service of his country.

The Lebanese President called him to join the first cabinet made up of experts. After much hesitation, Georges Frem accepted the mission: he saw it as an opportunity to do more to help the struggling Lebanese people.

However, not everything went as planned. During his tenure as Minister of Electricity and Hydraulic Resources, he assigned the Italian company Ansaldo work projects for the power plants. He realized that the price offered by Ansaldo was far too high due to commissions paid to senior Lebanese officials. Driven by honesty, Georges Frem rejected this partnership despite all the pressure he faced. He wanted to stay committed to his principle of honesty to the end of his days because he believed in the Lebanese society.

These are the times when you realize that it takes courage to be honest. Georges Frem showed exemplary courage.

He wanted to remain authentic because he believed that the Lebanese deserve people whom they can trust. We very often hear of scandals in politics, but we do not talk enough about those honest, confident, and generous men like Georges Frem. He also took up the post of Minister of Posts and Telecommunications, Minister of Industry and Petroleum, and Minister of Industry.

He had all the Lebanese people at heart, Christians and Muslims, without distinction. He was awarded “Commander, National Order of the Cedars” for his national service.

Georges Frem continued to develop his virtues and help others develop theirs within the framework of his industrial empire but also in the INDEVCO Foundation, which is currently run by his daughter Mrs. Rania Frem El-Khoury under the name of “Georges N. Frem Foundation,” to respond directly to health, educational, and social needs.

He was also involved in the “Initiative of Change” Movement, which spreads around the world human and spiritual language for change based on moral values. He also joined the Caux Round Table in Switzerland, chaired by Frits Philips, CEO of the Philips company, which is an association of major industrialists around the world who, like him, believe that the people come before profits.

The education of Lebanese youth occupied a privileged place in his heart. He decided with the utmost discretion to establish “the friends of the official school” association to meet the basic needs of official schools during Lebanon’s civil war. Georges Frem has awarded numerous scholarships for schools and universities. He was the main donor of his own income and wanted to go incognito to preserve the dignity of people — a proof of his great fraternal humility.

He attached great importance to family life. He was keen to be present with his wife and children. He was a member of the Pontifical Council of the Family created by Saint John Paul II. He encouraged his family members to serve the common good through different associations.

Georges Frem has been awarded the Pontifical Order of Pope Saint Sylvester by Saint John Paul II for his dedication to the Church and society. He sought an abundant life and knew how to motivate his close collaborators to walk the same path.

Georges Frem had faith in his nation. He knew that every action counts. At long last, he went beyond human borders to contemplate Man and overcome differences by taking an interest in dialogue because he knew that dialogue is a pillar for lasting peace in Lebanon.