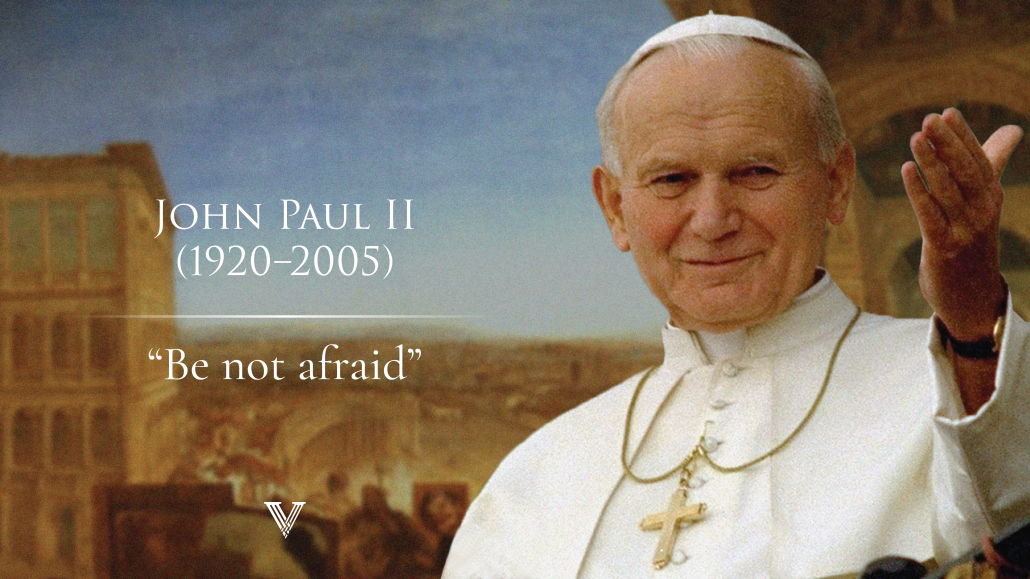 Pope John Paul II was a spiritual giant of the twentieth century. He had a grand vision which could be summarized in the phrase from sacred scripture with which he inaugurated his long pontificate, “Be not afraid,” and in those with which he ended it, from his personal Testament: “To humanity, which at times seems to be lost and dominated by the power of evil, egoism, and fear, the risen Lord offers as a gift his love that forgives, reconciles, and reopens the spirit of hope.”

The Polish Pope began his pontificate at a time when the Catholic Church seemed more like a corpse than a living organism. Over a period of 25 years, he instilled a new pride in and loyalty to the Church among millions of Catholics, above all among youth. The hope of which he spoke was not sentimental but authentic and theological, a hope rooted in faith and calling forth heroic witness and heroic deeds.

The vast throngs of young men and women who greeted the Pope on his many journeys abroad and spontaneously gathered in St. Peter’s Square to support him during his death agony bore witness to the powerful impact of his personality and message on mankind. When he died on April 2, 2005, the Catholic Church, whatever its problems, was vibrantly alive.

John Paul II was a Slav Pope whose philosophy of history took its inspiration not from Hegel and the rationalist philosophers, but rather from such great Polish and Russian thinkers as Adam Mickiewicz and Vladimir Soloviev. Far from excluding God from human history, he sought to identify the signs of the times requiring a concrete response from contemporary Christians.