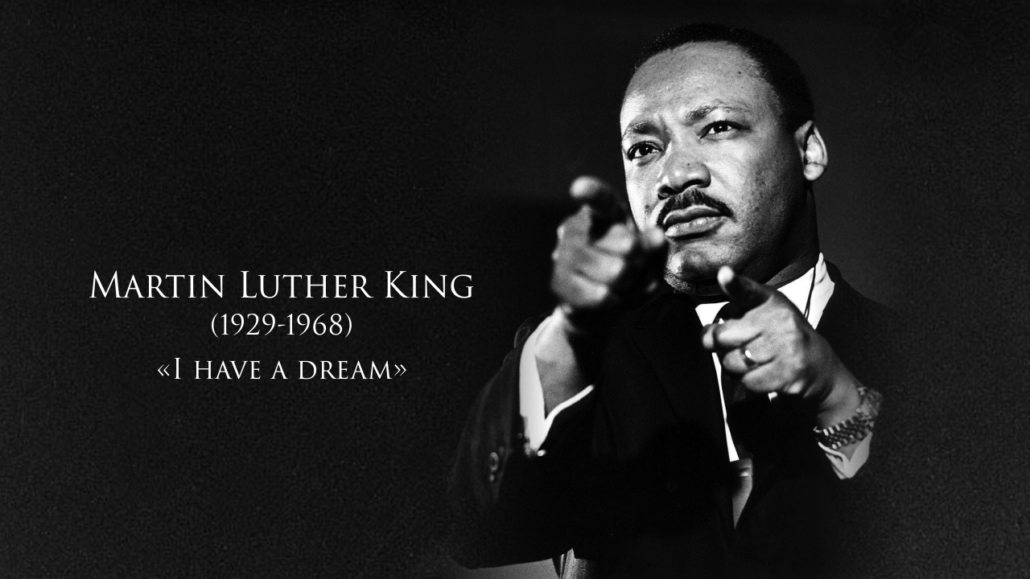 Martin Luther King is a great example of a social leader, who was truly magnanimous. Magnanimity is the virtue of contemplation and action, the virtue of people who are philosophers and doers at the same time.

King played a key role in the African-American Civil Rights Movement. In 1963 he wrote from his Birmingham jail: “When you have seen vicious mobs lynch your mothers and fathers at will and drown your sisters and brothers at whim; when you have seen hate-filled policemen curse, kick and even kill your black brothers and sisters; when you see the vast majority of your twenty million Negro brothers smothering in an airtight cage of poverty in the midst of an affluent society; … When you are forever fighting a degenerating sense of ‘nobodiness’—then you will understand why we find it difficult to wait.”

Martin Luther King preached non violence, but like many leaders he exhibited righteous wrath which acts on courage and helps us take action. King tells us that meekness is a mistake and a sin when wrath is required by justice and common sense.

In the same letter from his Birmingham jail he wrote: “For years now I have heard the word ‘Wait!’ It rings in the ear of every Negro with piercing familiarity. This ‘Wait’ has almost always meant ‘Never.’… I have almost reached the regrettable conclusion that the Negro’s great stumbling block in his stride toward freedom is not the White Citizen’s Counciler or the Ku Klux Klanner, but the white moderate…, who paternalistically believes he can set the timetable for another man’s freedom; who lives by a mythical concept of time and who constantly advises the Negro to wait for a ‘more convenient season’… We have waited for more than 340 years for our constitutional and God given rights… More and more I feel that the people of ill will have used time much more effectively than have the people of good will. We will have to repent in this generation not merely for the hateful words and actions of the bad people but for the appalling silence of the good people… We must use time creatively, in the knowledge that the time is always ripe to do right.”

Martin Luther King tells us here a very important thing: For the magnanimous soul evil is not something done by others; it is the good that he, personally, did not do. A magnanimous heart does not fear mistakes. He fears inaction. Not seizing the opportunity out of laziness or fear—this is what makes a true leader suffer more than anything else.

Although he was a melancholic and although he preached nonviolence, King took direct action out of his boundless magnanimity. A few months after he wrote his famous letter from his Birmingham Jail he organized and led the Million Man March, and delivered his historic “I Have a Dream” speech in which he called for an end to racism.

In his “I Have a Dream” speech King described his dreams of freedom and equality arising from a land of slavery and hatred. This speech is probably the greatest speech of the twentieth-century.

King improvised: “I say to you today, my friends, so even though we face the difficulties of today and tomorrow, I still have a dream. It is a dream deeply rooted in the American dream. I have a dream that one day this nation will rise up and live out the true meaning of its creed: ‘We hold these truths to be self-evident: that all men are created equal’.”

The day before his assassination, on April 3, 1968 Martin Luther King, delivered his “I’ve Been to the Mountaintop” address: “Like anybody, he says, I would like to live—a long life; longevity has its place. But I’m not concerned about that now. I just want to do God’s will. And He’s allowed me to go up to the mountain. And I’ve looked over. And I’ve seen the Promised Land. I may not get there with you. But I want you to know tonight, that we, as a people, will get to the Promised Land. So I’m happy, tonight. I’m not worried about anything. I’m not fearing any man. Mine eyes have seen the glory of the coming of the Lord”.

“Leadership in the Family Environment”
Scroll to top