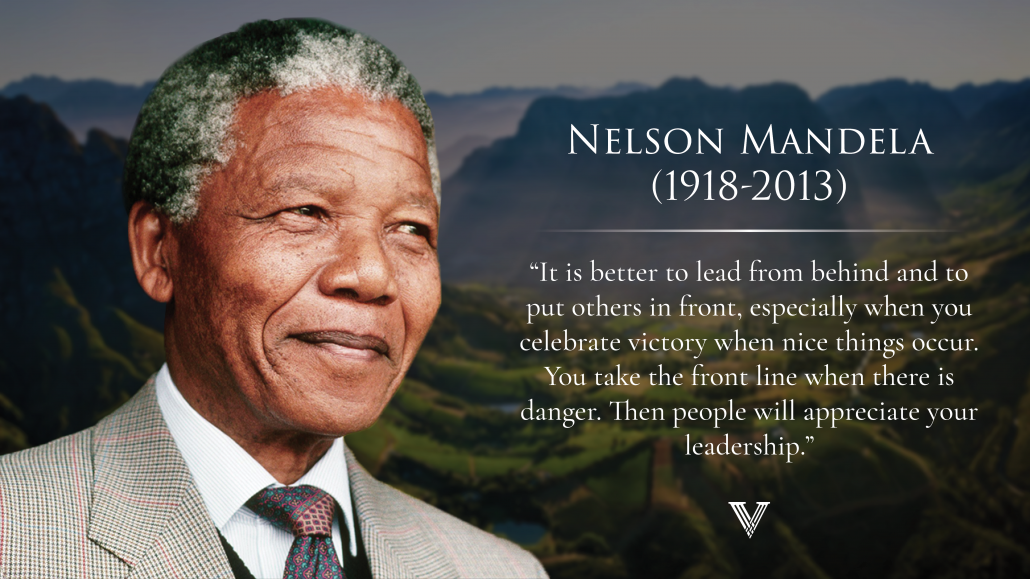 Nelson Mandela dedicated his life to the non-violent struggle against the system of racial segregation known as Apartheid in South Africa. On August 5, 1962, he was arrested by the police and sentenced to life imprisonment. He refused to be released to remain consistent with his principles. After 27 years in prison, he was released on February 11, 1990. He was awarded the Nobel Peace Prize for peacefully ending the apartheid regime.

Mandela had a deep sense of his mission: to achieve freedom not only for himself, but also for other men. He states in his autobiographical work “Long Walk to Freedom” (1996): ”for to be free is not only to cast off one’s chains; it is to live in a way that respects and enhances the freedom of others”. And also “What matters most is not so much the fact that we have lived. It is the difference we have made in the lives of others that will determine the meaning of the life we have led.”

Our hero firmly believes in the goodness of man. In a letter to his wife Winnie, August 1, 1970, he states, “There will always be men of good will on earth, in every country, even in ours.” And again in his autobiographical work already quoted, he adds: “I always knew that deep down in every human heart, there is mercy and generosity.. No one is born hating another person because of the color of his skin, or his background, or his religion.”

Mandela’s personality is characterized by great fortitude imbued with optimism and humility:

“Character is measured in difficult situations, a hero does not bend even under the harshest of circumstances.” (Long Walk to Freedom)

“I am fundamentally an optimist. Whether that comes from nature or nurture, I cannot say. Part of being optimistic is keeping one’s head pointed toward the sun, one’s feet moving forward. There were many dark moments when my faith in humanity was sorely tested, but I would not and could not give myself up to despair. That way lays defeat and death.” Thoughts for Myself: The Authoritative Book of Quotes (2011)

“It is better to lead from behind and to put others in front, especially when you celebrate victory when nice things occur. You take the front line when there is danger. Then people will appreciate your leadership.”