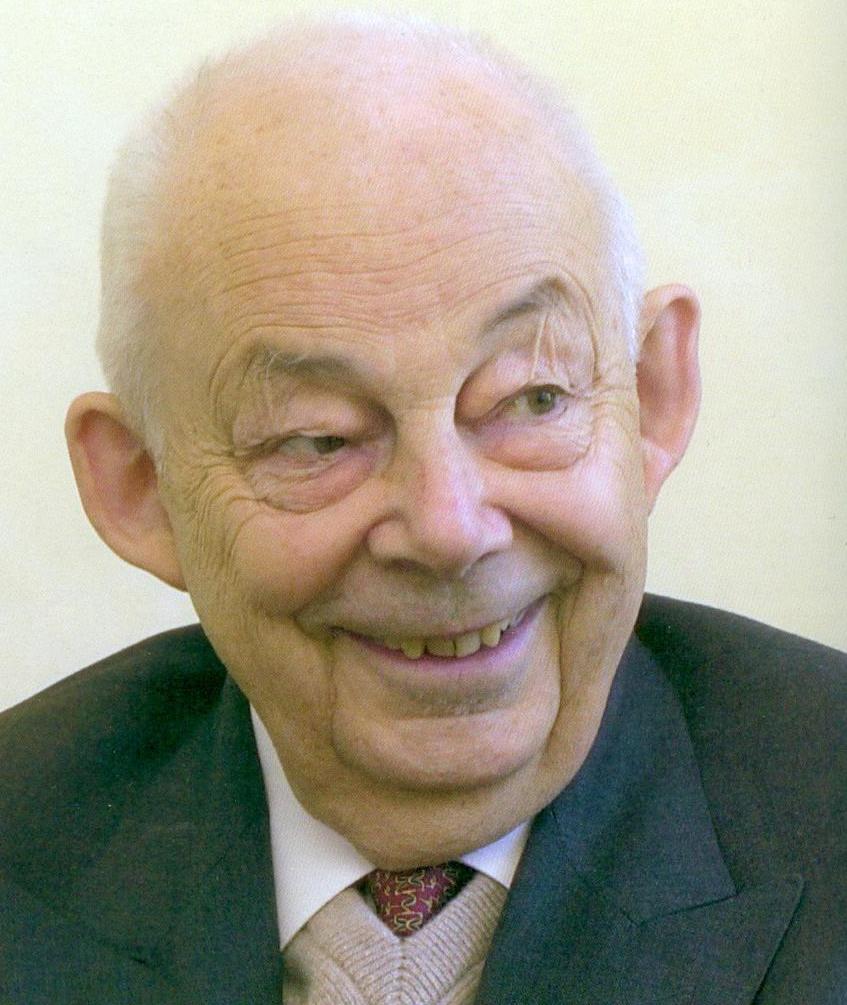 Fraternal humility—the habit of serving others—far from being an obstacle to business is the condition for its success.  In forty years, François Michelin lead his company from tenth to first place in the ranking of the world’s largest firms in its sector.

By Alexandre Havard
(Translation from French, Anthony Salvia)
François Michelin was 28 years old when he took over as head of the large industrial concern, Michelin, in 1954. Ever since, he has occupied the office of Edouard Michelin, his grandfather and the founder of the company, who died in 1940.  It is a small space notable for its modesty. Some years ago, François Michelin received in his office an employee who was about to retire.   The employee recalled that when he was sixteen years old, his job was to deliver mail throughout the company.  One day, he was asked to deliver a letter to Edouard Michelin personally.  He knocked on the door of his office, and Edouard said, “Please come in, monsieur [trans., sir], and have a seat.”  This sign of respect on the boss’s part made a strong impression on the young employee.  Edouard’s words and demeanor remained in the employee’s heart from that day on.  The founder of the company showed deep respect for other people no matter the station they occupied in life.

François Michelin is heir to this tradition.  He is aware that “monsieur” is a contraction of “mon seigneur” [trans., my lord].  It means recognizing that each person is unique and possesses a part of the truth, which only he possesses.

When François Michelin speaks, his language is simple, accessible to all, a language that workers, trade unionists and managers understand:  “If I use simple words when I speak, it is to be sure I understand what I am saying.”   This is no mere witticism, but an expression of profound respect for the people he is addressing.

I recently visited Michelin at his company’s headquarters in Clermont-Ferrand in central France.  In our two and a half hour conversation, he had to take important telephone calls on three occasions.  These calls, as I learned later, concerned a campaign of calumny against him being waged in the media.  And yet Michelin did not seem in the least perturbed by the affair, which must have been very unpleasant for him.  He was completely absorbed in our conversation.  He would return smiling, apologize, look me straight in the eye, and pick up the conversation where we left off.  In François Michelin one observes self-mastery, serenity, and, above all, respect for other people, for each unique and irreplaceable person, and a strong desire to serve. “What strikes me about François Michelin,” says Carlos Ghosn, CEO of Reanult, “is the attention he pays to people, his concern to foster the growth of the people around him.  He has great ambition for his firm, but an ambition that is not destructive of those who are there to help him realize it… His interior self is even stronger than his captain-of-industry self.”

To serve others, first you have to know how to listen to them.   “Look at my ears,” François Michelin told us.  “They have fallen off.  It is my best qualification.”

For François Michelin “to help a person become himself, this is what counts above all.”  It was this spirit that allowed Marius Mignol, a typographical worker without formal education, to invent the radial tire that revolutionized the industry.  When he was hired, Mignol was supposed to work in the company’s print shop, but Edouard Michelin told the firm’s head of personnel: “Don’t judge by appearances…Remember that one must chip away at the stone in order to find the diamond hidden within.”

Mignol was assigned to a commercial position dealing with export markets.  One day, Edouard Michelin noticed a strange slide ruler on his desk.  Mignol had invented it to more quickly convert exchange rates.  Edouard exclaimed: “This man is a genius!”  Mignol turned out to be a man of extraordinary imagination.  He was transferred to the research division at a time when the conventional tire had reached its limits because of its tendency to overheat at high speeds.  To study the variations in heat inside the conventional tire, Mignol imagined a “fly cage,” as he called it.  He proceeded to design a tire whose sides were replaced by radial metallic cables with space between them.  The resulting tire proved revolutionary.  It was because Edouard Michelin was more interested in people than in things that Marius Mignol was able to discover his talents and put them at the service of others.

François Michelin’s respect for people and desire to serve them is not just a necessity of the spiritual order, an act of fraternal humility; it is also a matter of good sense.  “It is often said that facts are stubborn, but in reality it is we who are stubborn,” he says.  We refuse to accept facts; we refuse to accept the truth about man.  We fix our attention on things, whereas “the most powerful engine of enterprise, as Edouard Michelin liked to say, is human energy.”

Fraternal humility—the habit of serving others—far from being an obstacle to business is the condition for its success.  In forty years, François Michelin led his company from tenth to first place in the ranking of the world’s largest firms in its sector.